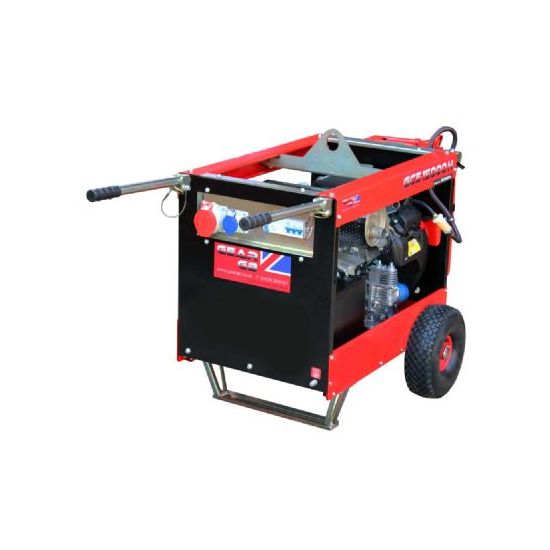 The iGCE15000HT is powered by Honda’s new iGX800 engine, this has many advantages over the GX690 engine that powers the GCE15000HT

• Increased fuel efficiency in two ways. Firstly electronic fuel ignition is an approx. 10-15% more fuel efficient method over the standard carburettor engine. Also the engine will auto idle when not under load, offering a huge fuel saving• The engines increased output of 24.9HP and the fuel injection allows the generator to be able to react to much larger loads placed upon it by heavy start up currents produced by inductive motors. Thus increasing the overall performance• Automatic choke for easy use while reducing fuel-associated carburettor issues.

• Automatic choke for easy use while reducing fuel-associated carburettor issues

*Specifications may change without notice*